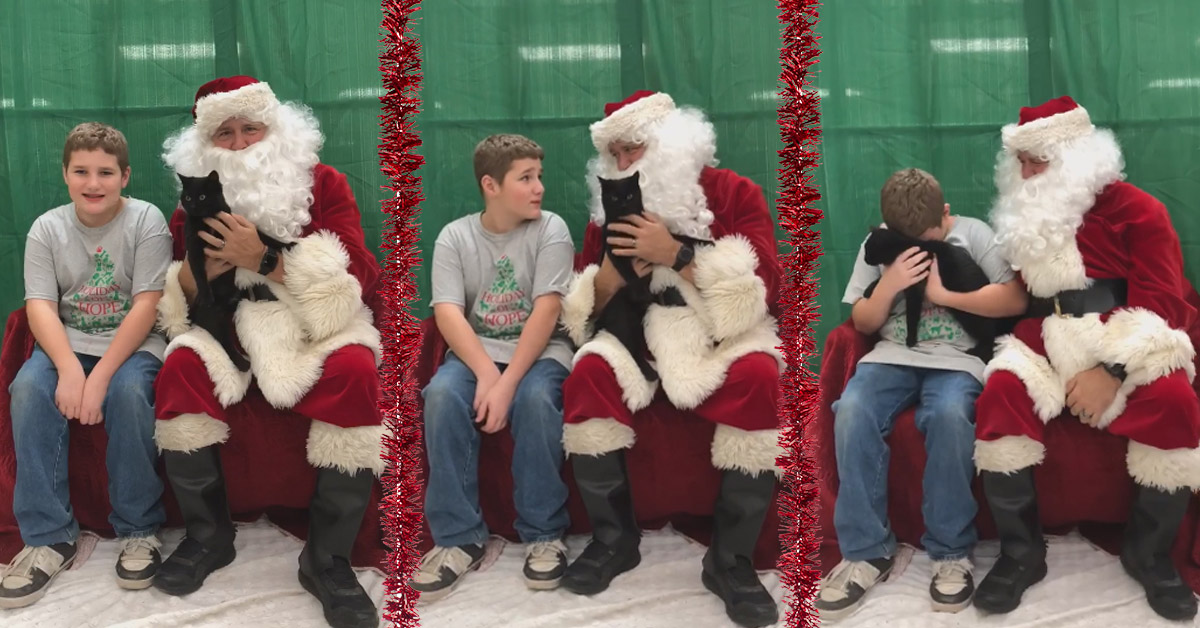 Posted at 16:29h in Uncategorized by Bold beasts 0 Comments
0 Likes

Here at Bold Beasts, we like to bring you uplifting stories about real-life animals as often as possible, so here’s an uplifting story about a special new bond formed at a special time of year.

12-year-old Austin Brooks often joins his mum, Mari, at the Humane Society of Genesee County where she works. For the past couple of years, Austin has given up his free time to care for the animals in the shelter, volunteering to take the dogs on walks and socialize with the kittens.

Recently the shelter held a holiday event with Santa as a special guest, and it turned into a very special day for young Austin when Santa gave the 12-year-old the best gift ever.

Austin’s mum Mari explained to The Dodo how the family had owned a cat for many years, but it sadly died about a month ago. Austin was devastated by the loss, so it was great that he could still surround himself with the lovely animals at the Humane Society. 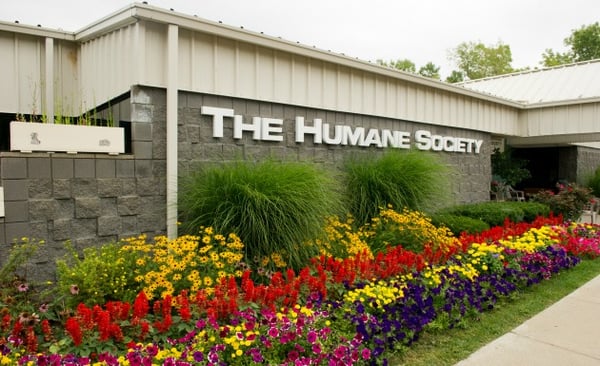 Not long after their family cat passed away, Austin helped host a yoga session featuring adoptable felines from the shelter. While taking part in the cat yoga event, Austin met Gizzard, an affectionate black cat who the young animal-lover had an instant connection with.

Mari noticed that the pair really got on, and decided to plan a beautiful surprise for her son – she secretly made arrangements for their family to adopt Gizzard.

She was trying to think of the best way to break the news to Austin that he and the family had a new best friend, and decided to give it a very festive twist, as you can see for yourself in the video below:

The video above displays Austin’s joyous surprise was taken at the holiday event, where the youngster believed he was simply taking part in a photo shoot with Santa and Gizzard.

Santa handed Gizzard over to his new owner, informing him that his mother had adopted the cat for both of them. As you can see, Austin could barely believe his eyes.

The cat seemed more than happy to be cuddled by his new best friend, and the 12-year-old’s reaction tugged at the heartstrings of everyone watching.

“His reaction was the best thing I have ever seen. Everyone was crying watching this all happen” Mari said in her interview with the Dodo.

With over 80,000 views on Facebook, I’m sure the video has made a few people at home tear up as well. There really is very little more special in life than the connection between a child and a beloved animal. 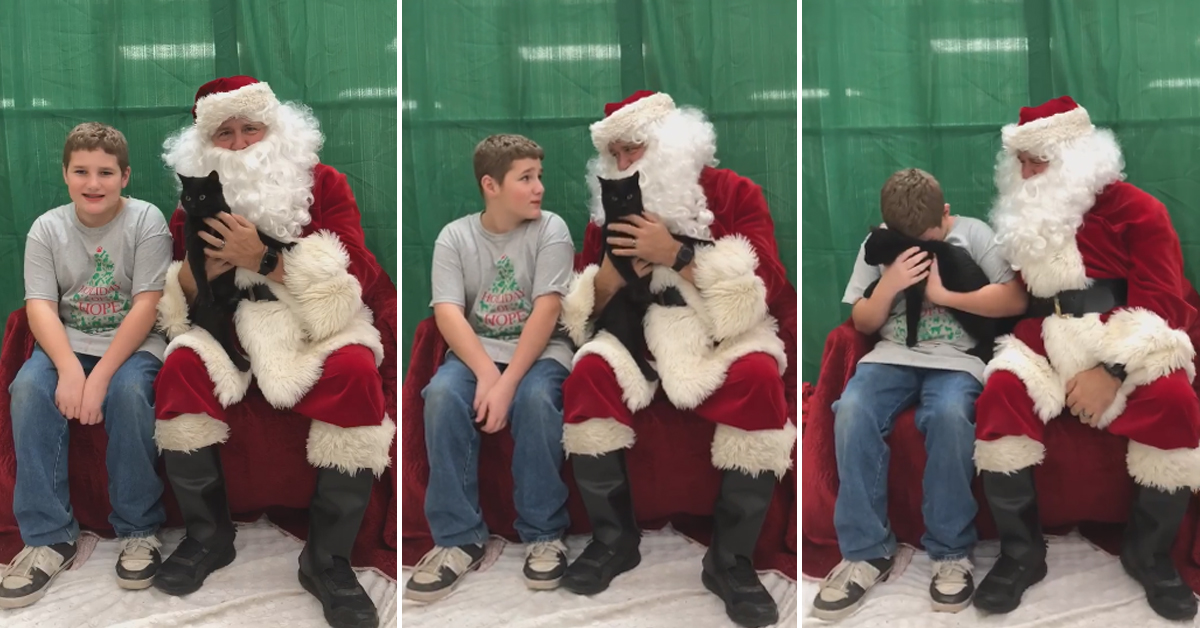 Since Gizzard went to his new home, he and Austin have become inseparable. Gizzard sleeps on Austin’s bed every night, and comes running when Austin calls him. So much for those people who says that cats don’t show affection! They really are the best of friends.