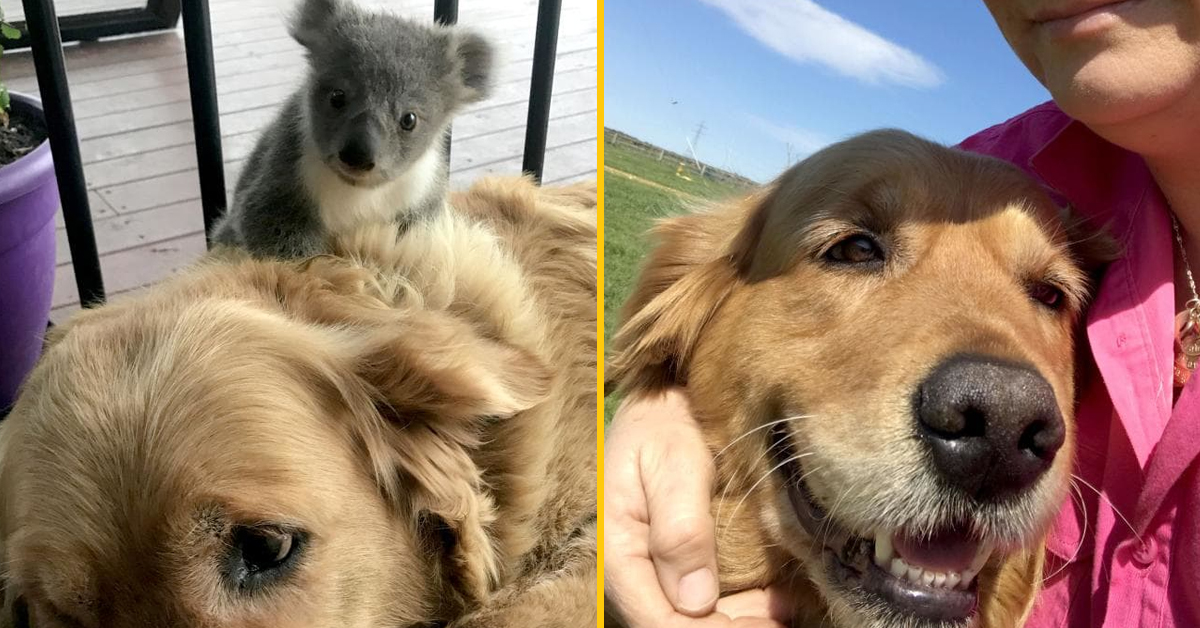 Posted at 21:48h in Uncategorized by Bold beasts 0 Comments
0 Likes

Here at Bold Beasts, we have a lot of stories of our own involving compassion between animals. However, we also like to bring you examples of such love and kindness from the real world, and this story definitely fits the bill.

Her proud owner, 45 year-old Kerry McKinnon, got the shock of her life when she discovered the tiny koala snuggled up with her five-year-old golden retriever Asha earlier this week. 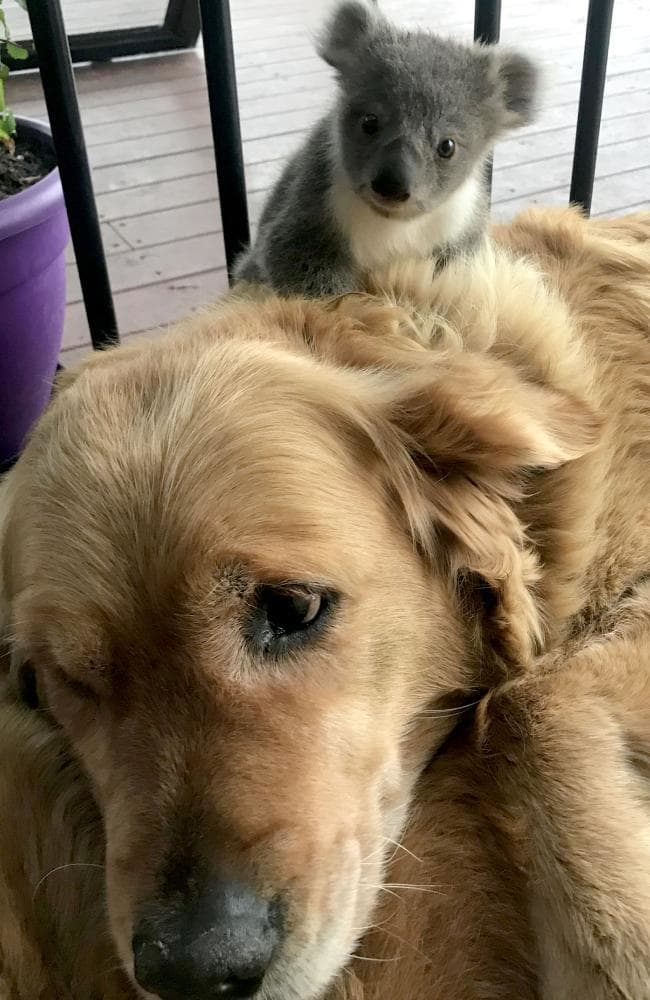 The 45-year-old from Strathdownie in western Victoria said the koala had likely become separated from its mother during the night, and wandered onto her back porch. There, it found comfort in Asha’s warm fur, where it stayed until discovered in the morning.

With temperatures in the area plummeting to 5C in the early hours (very cold for Australia), Kerry said that the helpless koala probably “never would have made it through the night” if it hadn’t been cuddled up to Asha.

As you might expect from these adorable photos, the golden retriever’s act of compassion has since gone viral on social media, with the adorable photos of the unlikely pair racking up hundreds of likes and shares online.

“It was quite early in the morning, and my husband yelled out to me to come have a look at something” Kerry said. “I didn’t know what he was talking about at first but then I saw this tiny koala snuggled on top of Asha.” 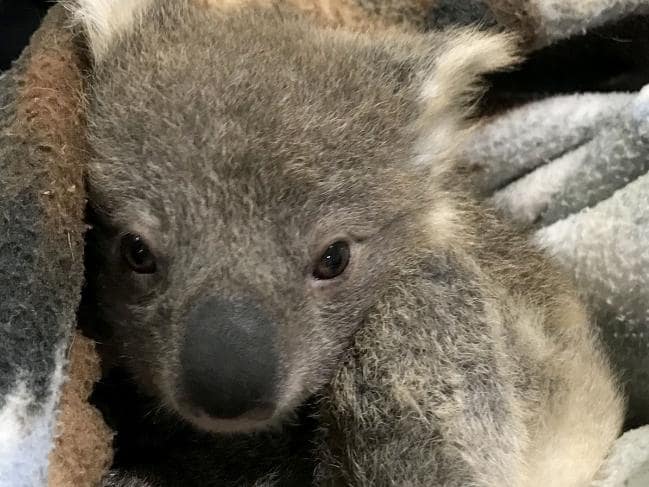 Kerry found the whole situation a little overwhelming, to say the least.

“I just burst out laughing. Poor Asha didn’t know what to think, she just kept looking at me with such a confused look. She looked a bit guilty when I came out to see what was going on. Her expression was hilarious.”

“She kept looking back at the koala but she wasn’t trying to get him off her or anything. She was happy to let him snuggle into her”

While nobody knows exactly how the koala ended up with Asha, it’s likely, judging by its size, that it was suddenly separated from its mother.

“I think the baby koala fell out of his mum’s pouch and didn’t know what to do. He would have just wandered over to our back porch and seen the dogs in their beds, then decided to snuggle in Asha’s fur because it’s nice and warm.”

I guess it was lucky that the dogs were there, and that they were friendly towards the little fellow. 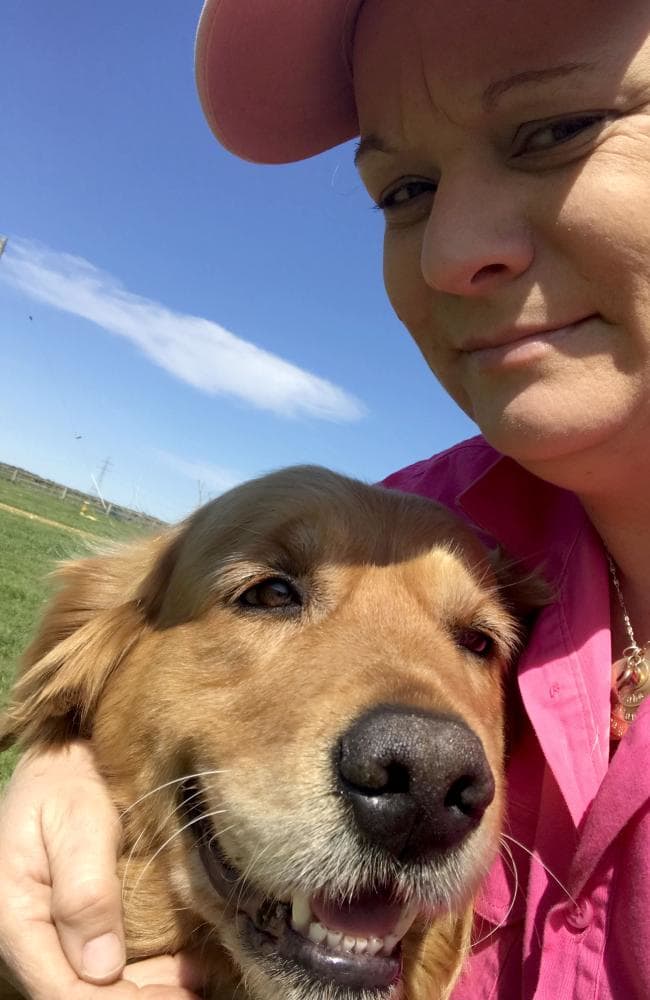 “Asha definitely saved the koala’s life by keeping him warm. He would have died out there if left alone all night. The poor thing could have been taken by a fox or something too.”

Kerry said it “wasn’t easy” trying to separate the two — with the koala putting up a “huge fuss” when she tried to remove it from Asha’s back. He obviously thought he’d found a new mother.

In a pleasing conclusion to the story, she said the little joey is doing well after being checked out by a vet — he is now being looked after by a local koala carer until it can be released back into the wild.

Kerry said: “I think dogs have that protective instinct. The koala didn’t want to leave Asha’s back. When we took the koala off to wrap it in a blanket, it hissed at me and carried on.”

“I think it would have been happy to have just slept there all day. It was really an amazing thing to see and so uniquely Australian.”

You can say that again!