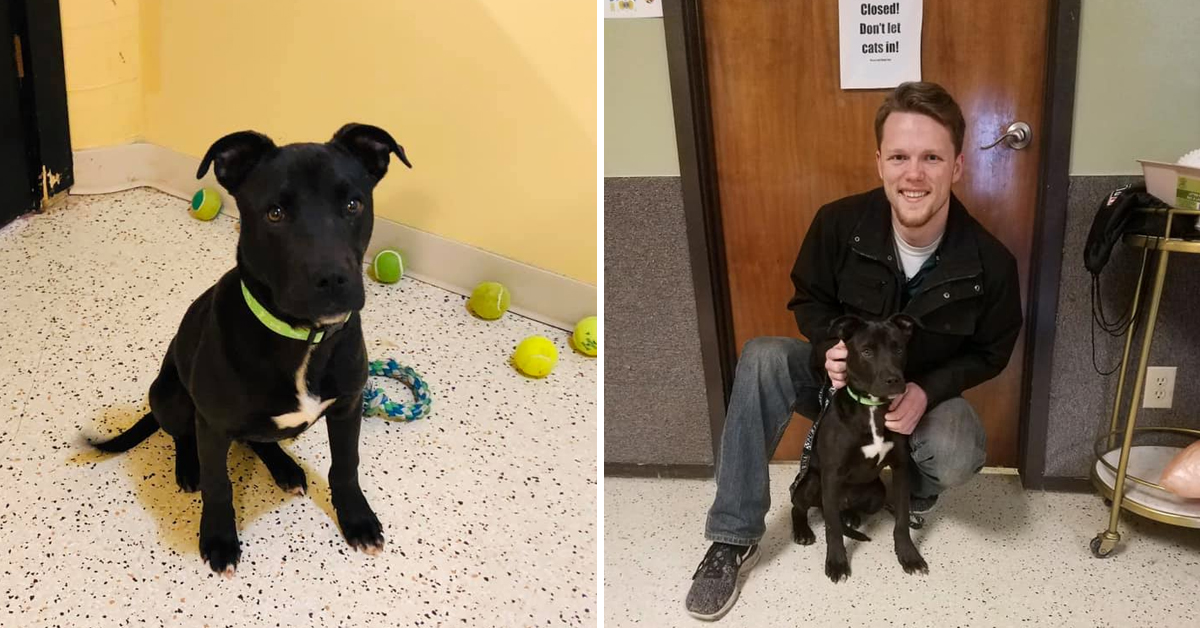 23 Jan Bold Beasts: Miracle Dog Comes Back To Life After Being Euthanised And Finds New Owner

Posted at 15:26h in Uncategorized by Bold beasts 0 Comments
0 Likes

Putting an animal to sleep is the toughest decision that any animal-lover could have to make. Unfortunately, it’s something that veterinary professionals have to do almost every day.

Sadly, that day came for Rudolph, a 7-to-8 month-old puppy who was under the care of a shelter in Iowa. Tragically, there wasn’t even anything wrong with him that led to the decision – he had to be euthanized simply because the shelter was full.

But Rudolph’s story had an amazing twist – he wasn’t about to go out that easily.

Euthanized but lived:Rudolph is 7 to 8 months old. He has quite the story. He was at shelter that was full so the vet…

Despite the labrador-pitbull mix being injected with pentobarbital, he came back from the dead. It was such an unprecedented thing to happen that the vet refused to perform the procedure again.

He was taken to Kings Harvest Pet Rescue No Kill Shelter, which put up a statement saying: “So we brought him to our shelter in hopes somebody would come adopt him and give him a second chance at life. If you’re interested in this adorable young man stop by and meet him.”

This does raise the question of why he couldn’t have been moved to the No Kill Shelter in the first place, but anyway.

The shelter shared the adorable Rudolph on their Facebook page, along with his amazing story. The story quickly circulated around the world and people were throwing in adoption applications left, right, and centre. When staff arrived the day after putting the post on Facebook they had dozens of missed calls wanting to meet him.

Kylie Jo Mitchell, a worker at Kings Harvest Pet Rescue No Kill Shelter, told WQAD: “He’s a miracle dog, absolutely. I’ve never heard of anything like this ever, this is a first.”

One of the people who was vying to take the dog home was Jacob Hommer, who drove from two and a half hours away to be the first in line when the office opened in the morning. He wanted to give Rudolph to a returned soldier suffering from PTSD.

He told the news site: “My family and I we have bred Siberian Huskies for combat veterans, Purple Heart recipients, combat wounded veterans.

“I sent him the story on this dog. I said, ‘Check this dog out and the incredible story.'”

The veteran was very emotional about the dog, and was desperate to provide a forever home for him.

Hommer added: “Having a dog, it’s something to wake up and fight for and especially a lot of these vets they are struggling to find a reason to get up in the day.”

While that sounded like a match made in heaven, Kings Harvest eventually went with another applicant. What’s important is that this gorgeous doggy, after all his hardship, found his forever home.

The shelter wrote on Facebook: “Rudolph is heading to his forever home. It was a tough decision with so many wonderful applications but Rudolph fell in love with this young man and the feeling was mutual.”

Kings Harvest said that while many missed out on taking Rudolph home, it encouraged many to pick up the other pets who sorely needed a new owner.