Bold Beasts: Abandoned Cat Walks 12 Miles Back Home, Only To Be Rejected Once Again
613
post-template-default,single,single-post,postid-613,single-format-standard,theme-bridge,bridge-core-2.5.7,woocommerce-no-js,ajax_fade,page_not_loaded,boxed,,qode-title-hidden,columns-3,qode-child-theme-ver-1.0.0,qode-theme-ver-24.2,qode-theme-bridge,disabled_footer_top,qode_header_in_grid,wpb-js-composer js-comp-ver-6.4.2,vc_responsive,elementor-default,elementor-kit-669 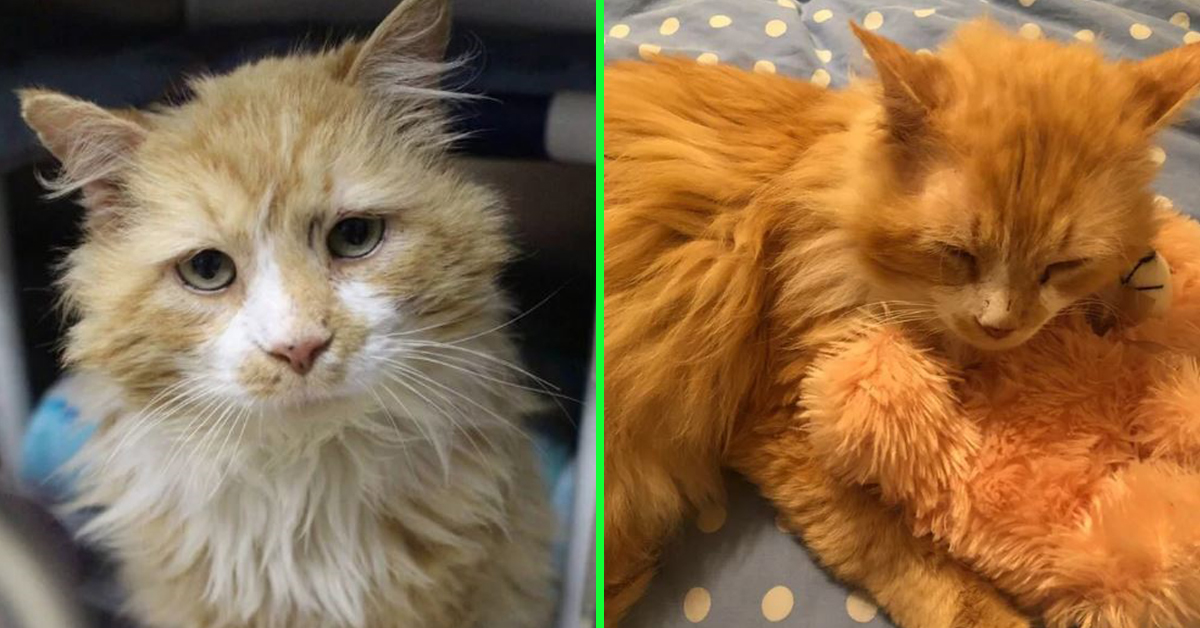 13 Jan Bold Beasts: Abandoned Cat Walks 12 Miles Back Home, Only To Be Rejected Once Again

Posted at 02:03h in Uncategorized by Bold beasts 0 Comments
0 Likes

Here’s a real-life animal story that we at Bold Beasts would probably find too sad to write.

A family in North Carolina recently took in a stray cat from the area, a Ginger kitty who they named Toby. Although Toby loved the family for the kindness they had showed him, he was not accepted by the family’s other cats, who had already lived there for a while.

If you have ever owned cats, you will know that this shouldn’t be particularly surprising – cats are extremely territorial, and it can take them quite a long time to accept a new presence in the house – especially when it’s another feline.

However, the owners just didn’t see any way around it, and soon re-homed Toby, giving him to some friends who lived about in another nearby town. 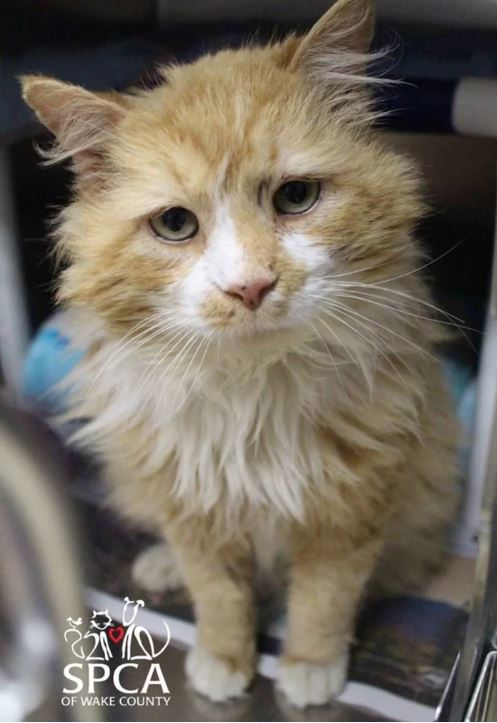 This is where it gets emotional. Amazingly, Toby managed to walk home to his previous house, which was a whopping 12 miles away. Sadly, after walking all that way to get back to the family, his loyalty was not rewarded. His previous owners immediately surrendered him to a local animal shelter, and bizarrely, also asked that he be euthanized.

Now, while I understand that they felt that they couldn’t take care of the cat for practical reasons, and they did the right thing by taking him to a shelter, I don’t understand why they asked him to be put to sleep. It seems totally unnecessary, and a cruel fate to inflict upon such a loyal, affectionate cat, who is in perfectly good health. 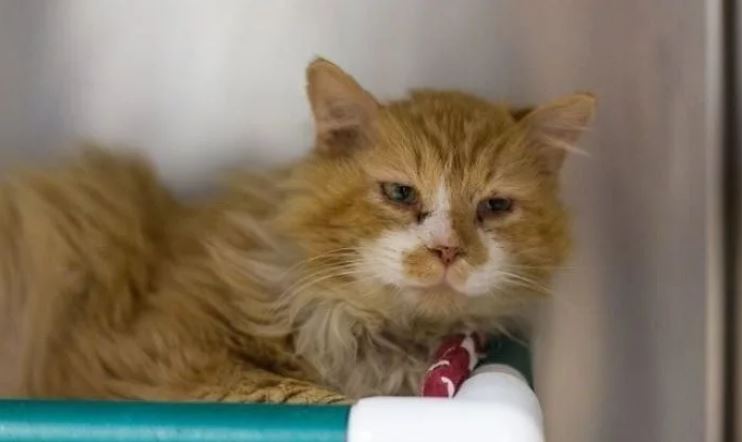 Luckily for Toby, the shelter saw it the same way, and refused to euthanize the kitty. Instead, they transferred him to another shelter — the SPCA of Wake County, where he was put up for adoption. The SPCA announced this week that Toby had found a new, much more loving family.

“Toby originally showed up to their home as a stray cat, and [Toby and the other cats] weren’t getting along,” she said.

“They gave him to another family about 12 miles away, but Toby soon took off and showed up back at his former residence. That’s when the people brought him to a local shelter in the Raleigh area.” 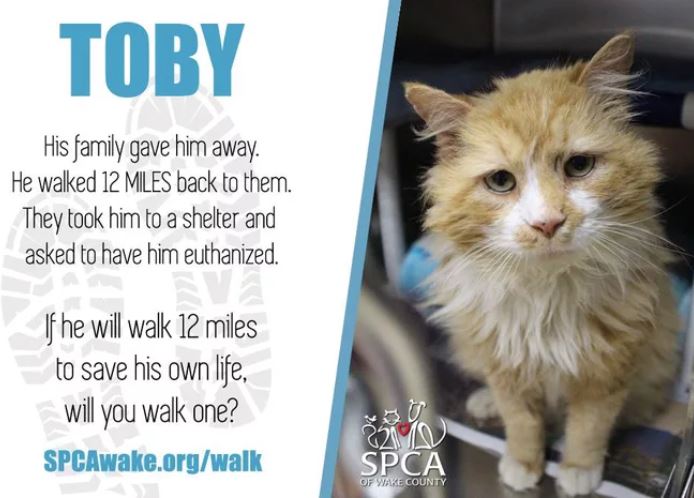 Lynn didn’t know why the family had asked the shelter to euthanize Toby, who is estimated to be about 7 years old. It certainly wasn’t on health grounds. Still, Tara emphasized that it’s a good thing the family brought Toby to an animal shelter, rather than abandoning him in a random location or worse.

“I think people’s immediate reaction is to bash the family, rather than saying ‘Hurray, the shelter saved his life,’ or ‘Hurray, he was adopted,’” she said.

Toby’s story started going viral after the SPCA posted about him on Facebook in early April. After the shelter shared the good news that he had been adopted, local and national news outlets picked up the story. 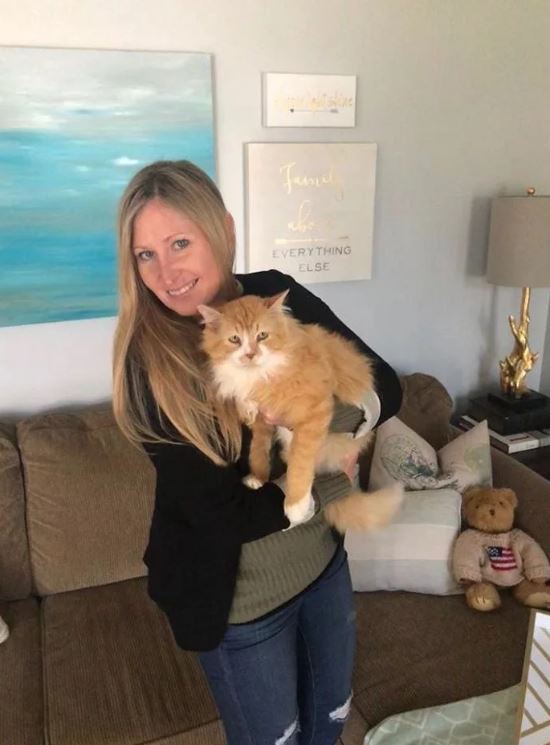 Lynn said Toby, who is “very friendly,” is settling into his new life well. As you can see from the picture above, his new owner loves him very much, and obviously appreciates a kitty as sweet as Toby.

He’s even inspired his new family to help even more animals by organizing a team for a local dog-walking event that benefits the SPCA. The now-famous feline also has his own Instagram account, @a.cat.named.toby.

In the end, Lynn hopes people are able to see the positive in Toby’s tale.

“There are really sad stories we hear all the time about things people do to animals,” she said, “But ultimately, Toby is alive and he has a wonderful new home.” 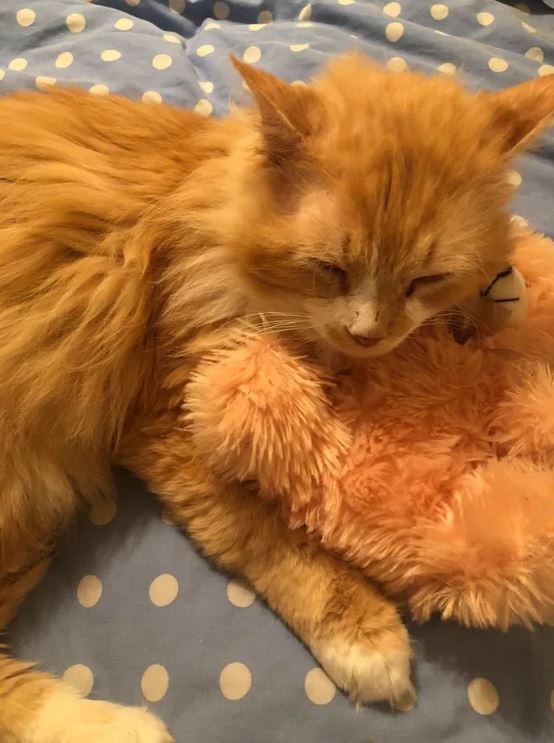 I’m sure Toby is happy now, but it’s a shame he had to go through that ordeal. We’re so glad he got a nice new owner.